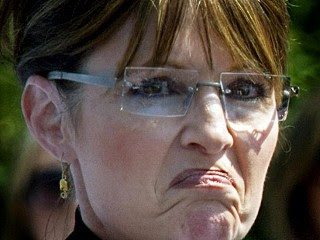 It's an interesting time to be an American abroad. The election has been on the forefront of many people's minds over here, and for good reason. While Americans typically couldn't care less (or just don't know about or only vaguely understand) the rest of the world, the rest of the world cares a whole lot about America because its economic and military actions have massive repercussions outside of America. To my American readers that may come as a surprise, and to my European readers it will come as a surprise that it is a surprise to my American readers. But to make a long and somewhat convoluted story short, people here care a great deal about the upcoming American presidential elections and they're very interested to know what us Americans abroad think about it. Conversations about it typically start like this:

"So, what do you think of the elections?" This is really a different question. What they mean to ask is "who do you want to win/vote for?"

"Well, things are looking pretty close." This is my way of politely putting them off or making them ask what they really want to ask.

"So who do you want to win?" Translation: "don't make me hit you, tell me if I should continue talking to you or not?"

"Anyone but McCain. I'm behind Obama."

Which is true. There's far more nuance in my answer; I supported Obama from the beginning, but now that the campaign has really started to heat up, I think that Hillary would have made a better president. Actually I always believed that, but I figured (incorrectly, in retrospect) that she probably would have been unelectable. But 'anyone but McCain' is a good answer. 'Anyone but another Republican administration' would be more accurate.

This is the answer people want to hear. Understand American readers that politics outside of the US - anywhere in the world outside of the US - operates from a different perspective. The Tories, the UK's 'Conservative' party, have announced support for Obama. In the UK, Obama would be somewhere to the center or slightly to the right on the political spectrum. Even more so in other European countries. Americans have an incredibly skewed notion of what 'liberalism' means, in no small part because American conservatism has been hijacked and all but destroyed by the radical right. The notion of a vice presidential candidate that is opposed to sex education in public schools or opposes abortion even in cases of rape or incest would be more associated with the fascist (real fascist, mind you) British National Party than a major political party, let alone a major candidate for public office.

It is no mistake that when polled, members of 22 countries wanted Barack Obama to win by a 4 to 1 margin. This is because to the rest of the world, the Republicans and their various beliefs seem more like something out of Iran or third-world African dictatorships than the leaders of a country that can cause such massive repercussions. The UK is nervously eyeing its own economy because it is so intrinsically linked to the American economy, and make no mistake - it was Bush and Neocon-Republican policies that lead to the American economy tottering on the brink. I'm not sure if I'm going to come home to a real-life Mad Max movie when I fly back over Christmas. I'm not sure American Airlines will still be around to fly me home.

So this entire ranty little post grew out of Seth's suggestion that I write about my experiences registering to vote. It's actually really easy to register to vote here, and after watching YouTube videos of Palin like this one:

She is a complete laughingstock, even in the US:

Frankly Palin scares the shit out of me. As Jack Cafferty says, one 72-year-old man's heartbeat away from the presidency? Jesus Christ (this one is the one you want to watch by the way, if you only watch one):

So rather than allow people who think dinosaurs and cavemen lived together to steal yet another election and put someone whose idea of 'foreign policy experience' is taking Track and Bristol to the International House of Pancakes, I registered to vote.

The Overseas Vote Foundation is a nonprofit organization that exists to help US citizens abroad make sure our voices are heard (there are 50,000 Americans here in London alone.) They have automated the entire process; you simply fill out an online form, print it out, pop it in an envelope and mail it off. The biggest obstacle for me was the mailroom at my office. The conversation went like this:

"I'd like to send this letter to the US."

"We can't send personal letters from the mailroom, no way, no how."

"It's my voter registration form. I'm voting for Obama."

"Here, let me stamp it and put it in a basket for you."

I should receive my ballot in a couple of weeks. Easy-peasy. I was actually a little surprised that the State Department is relatively unhelpful about the entire process; so luckily Overseas Vote Foundation has stepped up where the government itself failed.

If you're an American abroad and reading this, register today. Please. Click this link. This link right here. Now. Click. Register. Vote.

Even if you want to vote for that other guy and the pit bull.
Posted by Jason at 2:45 PM

Thanks for mentioning OVF!
If you change the link to http://www.overseasvotefoundation.org, users will have the option of four entry portals including Youth Vote Overseas!
And if your ballot doesn't arrive you can use our new tool to prepare the emergeny ballot, the Federal Write-In Absentee Ballot.
Cheers from Marina in Munich

Hi Susan, thanks for the note - I updated the link!

I've heard the "Hillary would have been better" argument from a number of people who have pushed the "electability" meme. The last two elections the Dems have provided the most electable candidate and lost both times.

There are people who will never, ever, vote for Obama, even as McCain and the GOP torch their retirement funds. I have a hard time believing that these people who won't vote for a black man would vote for a white woman (the right's sudden infatuation with Hil stems entirely from a desire to see a reliable opponent against them - had she won the nomination, the whole cascade of the Clinton years scandals would have been back, front and center). McCain would have run against "the establishment" and could have made better traction.

And if consider Obama and Clinton out of the running, you're left with Edwards, who I supported. And who embarrassed me with his personal behavior that was, unfortunately, typically Democratic scandal.

I think Obama is the best possible candidate the Dems had for this year, and has confounded his opponents time and again with a serious, no-drama approach (No-Drama Obama ..Heh).

The big encouragement is for Americans, even those overseas to vote. Yes, you can make a difference.