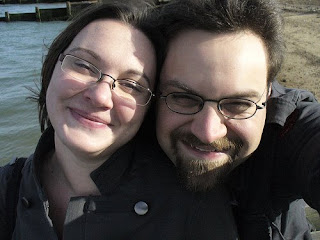 Here's one to add to the 'achievements unlocked whilst in London' file: last weekend I turned 30 years young. Therefore, everything I blog after that is suspect and cannot be trusted. Young people: do not trust me!

All ageing jokes aside, I had a most excellent birthday. The Beautiful Competition booked a surprise trip outside of the Big Smoke, although not that far: just into Kent, a small town called Whitstable, renowned for its seafood and laid-back attitude. We spent a couple of nights and did exactly nothing except for walking along the coast, eating scallops (oysters are not my thing) and enjoying local cheeses and ciders. The perfect, low-key way to get a year older.

I have to say that the people in Whitstable are probably the nicest I've found in the entire country (so far.) I'm not sure if it's because the town is off the normal tourist trail or what, but almost everyone we spoke to wanted to know where we were from, if we were backpacking, what we thought of the town, and seemed genuinely interested in chatting rather than the normal, tired faux-niceness you get in a lot of towns that make their living off of tourism. It was a refreshing change from some of the other places we've been. Maybe it was nothing more than we're acclimating a bit more and it's just natural to be here now, I don't know.

I want to call out especially the very nice family that ran The Cheese Box, who not only clearly love their job of finding and selling locally-sourced cheeses (the best I had was called 'Rachael's Goat,' so called because it came from - yes - Rachael's Goat) but let us linger around the shop, sampling this and that and recommending more deliciousness.

I cannot say where I procured it (I was, quite literally, sworn to secrecy by the person who gave me the bottle), but I did have some extremely good local farmhouse cider as well called 'Appley Ever After.' 'A Kent cider, barely,' I was told, although because of the location of the brewer and not the quality of the cider. I'm not a huge cider fan, but this stuff was amazing. Unfiltered and cloudy like a quality farmhouse cider, strong enough to knock out a rhino in large enough doses, and the absolute perfect balance of sweetness and tartness. Google doesn't turn up any websites for it online, but if you are down that way and happen to see some stocked somewhere, try it.

All of the pictures from Whitstable are on my Flickr stream.

Oh, and I get to go back to Yorkshire in a couple of weeks for a concert - and to visit one of my favorite small towns in the UK. Durham!
Posted by Jason at 11:52 AM

Ditto on the "Happy Belated Birthday"!